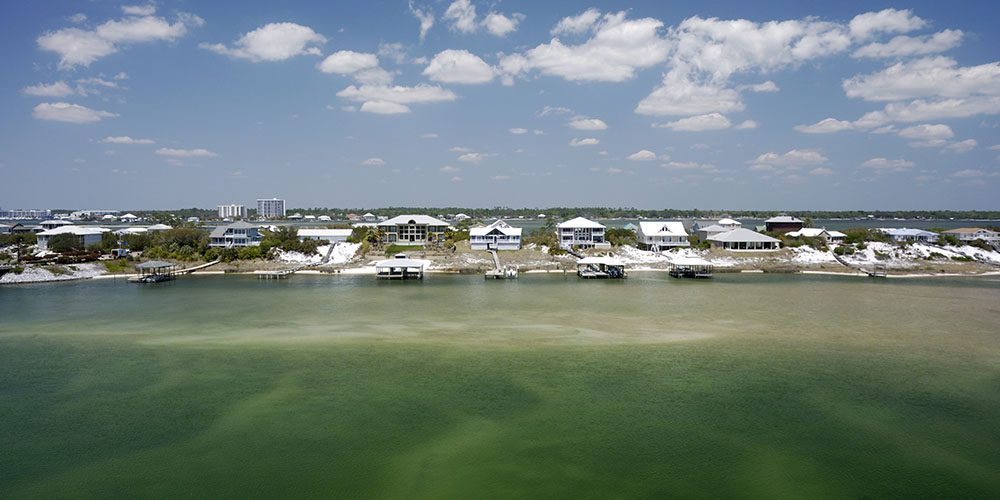 Ono Island is a 5.5-mile long barrier island in southern Baldwin County, Alabama, at the mouth of Perdido Bay on the northern Gulf of Mexico. It is bordered by Bayou St. John to the north and Old River to the south. Surrounding communities include Perdido Key, Florida to the south and east and Orange Beach, Alabama to the west.

The island is home to a single community which is not within the corporate limits of any municipality. It is both private and gated. Although not within any municipality the island is subject to governance by the Baldwin County Commission. Emergency services are provided by nearby communities. The island is accessed via a private, guarded, bridge from State Route 182.

Development began in the 1970s; now there are more than 700 homes on the island. The community has its own water tower, fire station, and private harbor, two recreation centers, a guard house at the entrance, and an administrative center known as Ono House. The island has several canals used for water traffic. The main road bisecting the island to either end is known as Ono Boulevard, and follows the strip of land all the way down its 8-mile length. Home prices are among the highest in the county, sometimes topping $2 million for a four-acre lot and $6 million for a lot and home.