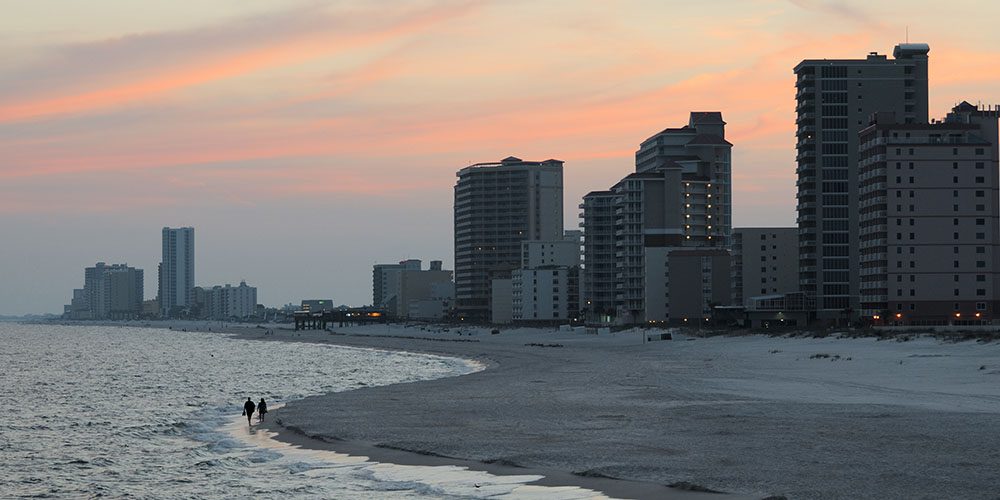 Gulf Shores is a coastal city in Baldwin County, Alabama, United States. Like many coastal communities, tourism plays a major role in the local economy of Gulf Shores. The 2010 BP oil spill was expected to severely effect both local real estate and beach tourism. However, after a rough year, the tourism economy in Gulf Shores appears to have returned to pre-spill levels. In October 2011, the city began a branding campaign to help it stand out from other coastal destinations in the area.

Ocean fishing, beaches, boating cruises, and especially golf are major draws for the area. Chartered fishing boats and cruise boats for sunsets, dinner cruises, dolphin watching, and watersports embark regularly, and the area is home to two of the top-rated golf resorts in the Alabama – Craft Farms and Kiva Dunes. There are a total of nine signature golf clubs, as well as a state-owned 18-hole course.

Other popular attractions include the Alabama Gulf Coast Zoo (as featured in Animal Planet’s “The Little Zoo that Could”); Pelican Place at Craft Farms, a shopping mall; and Waterville USA, a family amusement/waterpark. The city is home to an annual three-day music festival on the beach each May, the Hangout Music Festival.