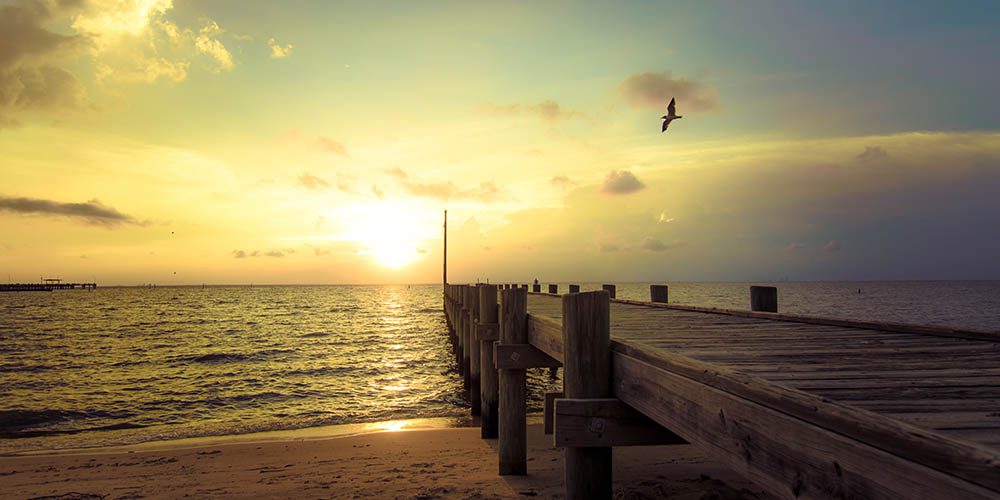 Fairhope is a city in Baldwin County, Alabama, United States, on a sloping plateau, along the cliffs and shoreline of Mobile Bay. Fairhope is a principal city of the Daphne-Fairhope-Foley micropolitan area, which includes all of Baldwin County. In 2007, Fairhope was named the second best small town in the south by Southern Living magazine. For over 50 years, fishermen and residents of Fairhope have experienced the “jubilee” phenomenon. During a jubilee along the shores of Mobile Bay, some aquatic animals, including blue crabs, flounder, stingrays, and eels, come to the shallow water. At those times, it is possible to catch the fish, crabs, and other sea life near the water’s edge.

The Weeks Bay Nature Reserve, located 10 miles to the southeast, is known for the many oaks, wildlife and pitcher plants along the elevated walkways through the swamp forest. The Bell Building on the Faulkner State Community College campus houses the Marietta Johnson Museum. The Fairhope Museum of History is located downtown.

Local and national real estate developers have built commercial facilities in the downtown area that are larger than have been historically allowed. Fairhope’s building and zoning ordinances overlap with those of Baldwin County. Residents of the city want more control of construction projects near, but still outside the city limits, while residents outside the city limits want less city control of their property.